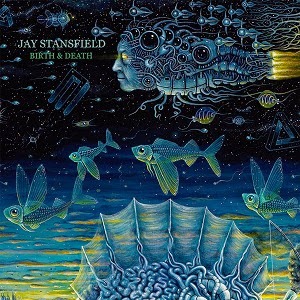 Jay Stansfield seems to be caught up in the beauty and wondrous world of 60s pop.  That’s no criticism of his path and choice, in fact on the evidence given by Birth And Death it’s a magnificent selection and one which he is allowed to present his craft with a brilliant sincerity.

Twelve tracks allegedly encompassing his existence to date and following the journey from birth to death allow Stansfield to explore several styles, all with his own very personal touch.  Production wise, the sound quality is nothing short of phenomenal considering that the album was recorded in true D.I.Y. style in Jay’s front room with iPad, lone microphone and a Yamaha keyboard.

What follows is an album of wondrous quality and interest as Stansfield journeys through the psychedelic worlds of LSD-ridden Beatles and Dylan-esque ramblings in an enthralling experimental style not dissimilar at times to that of Stephen Jones (Black Reindeer, Babybird). With sounds, breaks and effects that do not allow your mind to wander (take the stereo alternation and neo trip-hop of the fascinating Without A Memory), the listener is taken on a trip of quite compelling proportions.


Album opener My Last My Grain sets the tone early on with a Sergeant Pepper infused vocal over a semi-echoed drum beat and subtle acoustic guitars.  The environment we are subjected to is refreshing and truly original.  Sex On My Mind begins with a Mardi Gras section before it too makes way for beautiful guitars and gentle keys and eventual meteoric vocals and soaring chorus.

Where Stansfield maybe sets himself apart is in his originality and tracks like Soul Splitter can only add to his mystique as a double vocal meanders over almost random background noises.  Stansfield has quite a voice.

Superman Thief is as solid a song as you’ll get and Furlongs Away is packed with sampled sounds, galloping micro-beats and general all-round cosy feelings.  There’s often an undercurrent in Jay’s songs and listening carefully will expose you to some very clever wordplay too.

Birth And Death is, as the titles suggests an excursion through many styles and conundrums, and one which is well worth taking a peak at. 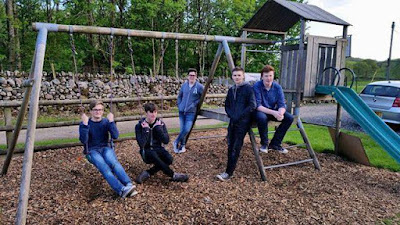 It has been a momentous couple of weeks for new, up-and-coming local band Fret 64.

The group is made up of James Crane on rhythm guitar and vocals, Matt Popham on lead guitar, Tom Bamber on drums and vocals, and John Taylor on Bass Guitar. All four are aged 15 and attend Bowland High School.

Last month they recorded professionally for the first time; an EP of their own compositions titled “When I Think”, and on Sunday, August 25th, gave their first public performance, outdoors at Waddow Hall, in front of hundreds of youngsters.

The 40-minute set included some of their own songs and covers of songs by Muse and Kings of Leon, among others. They were so well received they were offered other gigs straight away, including one on Septermber 21st at Lowther Castle, Penrith, with an expected audience of 3,000-plus.

The boys all enjoyed the experience at Waddow Hall and spent 45 minutes afterwards signing CDs and taking part in photo shoots with their new fans.

Asked what they enjoyed most about the day, they said: “We were blown away when the stage crew told us we’d given the best performance of the weekend!

“The audience were great, we never expected to get such a great reception, and to have our first gig managed by a professional stage crew was really special.”

The following review was taken from hiapop Blog 27/03/15 Beating Manchester City in the Premiership maybe isn’t the only thing that Burnley can be proud of at the moment.  Enter Rob Ashworth (aka Gaunt Story), a man capable of playing many an instrument and emitting some lovely vocals disguised as some of the most accomplished songs you could hear.

On is new album Ashworth continues his journey through picturesque musical scenarios which will have you moving and jiggling any appendage you wish in an attempt to immerse yourself in his sound.  He’s not a pretentious guitar player either, no silly solos that disappear into an instantly forgettable oblivion, his playing is accomplished and worthy of attention in its own right.

Nothing Holds You Like A Song comprises of eleven tracks, each as entertaining as the other and best listened to in one sitting (although there will be many more) as it takes us on a weaving, escalating roam through gorgeous wordplay and rhyming couplets.

It’s difficult to compare Rob to anyone else although there must surely be others who possess a similar talent, but until we come across them we should embrace what he has to offer for the skill that it is.  Album opener My Son The Liar begins with an addictive guitar pluck which is appealing in itself before even examining the Father/Son conversation which then unfolds.

Rob Ashworth it would seem, is more than a lyricist and songwriter.  The man is a poet, and that’s a rare thing in today’s schizophrenic world of music.  His words could be the subject of a stage reading and no-one would be any the wiser.

The intro to Forest Of The Lost bears more than a passing resemblance to English Rose (The Jam), but what follows continues the exquisite sound than Rob soon makes his own.  Recent single, Seas Of Life ups the pace with an exciting bass that underpins a fascinating song with a chorus that remains in the ether long after the song has ended.

The title track starts unassumingly but soon expands into a full-blown affair with powerful percussion, sliding electric guitars and timely backing vocals.  Drifting away into a blurred cacophony of sound and militarian drums.

More than just a guitar player, November Flows displays the skill of writing an off-kilter melody with drums that occasionally shuffle and tease a trip-hop beat to engage with stunning guitar work.  Album closer, Dreams Of Man returns to the one man-one guitar formula which ends the collection sublimely.

Men In The Sky - Stone

Gaunt Story - Forest Of The Lost 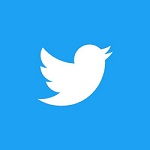 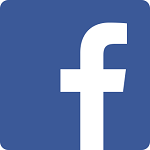